Can You Amend Spousal Support When There Is a Change in Income After Divorce Is Final? 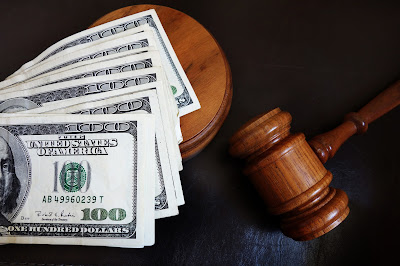 When two spouses decide to end their marriage, they need to reach a Marital Settlement Agreement (MSA) which spells out how they will divide their community assets and debts and if one spouse will receive support, and how child custody, visitation and support will be assigned if there are children involved. Spousal Support, also known as alimony, is a type of financial aid paid by one spouse to the other once the marriage has ended. It can be ordered for the spouse who has been earning less during the marriage. Laws about alimony vary from state to state, but in California, alimony is almost always awarded for long-term marriages. In a "Short-Term Marriage (One of less than ten years in length) support can last up to half of the marriage duration, so if the marriage lasted 10 years, the spouse receiving the support will usually see that support end after five years. Long-term marriages have separate guidelines. By law, spousal support in California is considered a temporary situation, not a permanent one, except in cases where one spouse is permanently disabled and will not be able to reach financial independence in his/her lifetime. In other circumstances, California judges expect the spouse receiving support to eventually become self-sustaining and financially independent.

Once the divorce decree has been issued, it is considered a permanent decision. However, the California court system allows ex-spouses to revisit their divorce agreement when there has been "a substantial and unforeseen change of circumstances" in one of the spouse's life. Several substantial circumstances can warrant a Spousal Support order to be modified and effect the amount of support an ex-spouse (payer) contributes every month after the divorce. The most common reason to request a spousal support reduction is a considerable reduction in the support payer's income. For example, if the spouse paying alimony suffers loss of income due to layoff or illness, he/she can request spousal support amount to be lowered, reflecting the diminished payer's ability to pay the original spousal support amount. On the opposite end of the spectrum, an increase in the supported spouse's income is also cause for the payer to request the original spousal support amounts to be reduced. Another factor that directly affects spousal support amounts is if the supported spouse remarries. In this case, California law is clear and states that the obligation to pay alimony automatically ends.

However, if a supported spouse is simply living with a partner in a cohabitation state, spousal support orders usually continue. The party seeking the modification must go before a Judge to state their case. It does not happen automatically.

Because obtaining a reduction or an increase in spousal support after the divorce requires ex-spouses to share information on their personal and financial situations, tensions may rise. We recommend spouses discuss alimony changes between themselves first. If they can't reach common ground, the next step is to work with an experienced family law mediator, who will encourage both parties to discuss and agree to adjust spousal support payments without the painful and costly involvement of attorneys. The mediator will discuss options available to the parties in hopes of achieving a compromise. Once the spouses reach an agreement, they simply give their written stipulation to the judge to be entered as a new court order.